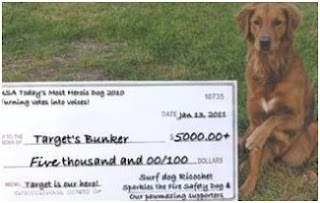 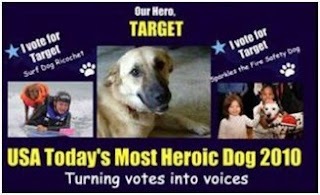 Posted by Firefighter Dayna Hilton at 12:54 PM No comments: 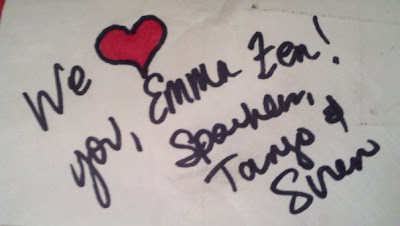 Our good friend, Emma Zen is trying to raise money to purchase oxygen masks for fire departments. The dogs and I wanted to help out, so we are sent Emma Zen 5 copies of Sparkles the Fire Safety Dog books and 5 audio books. This book has been credited with helping save the lives of 9 people and we are so happy to help support a good cause! 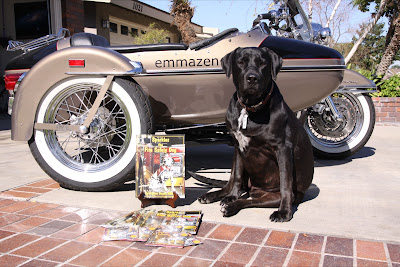 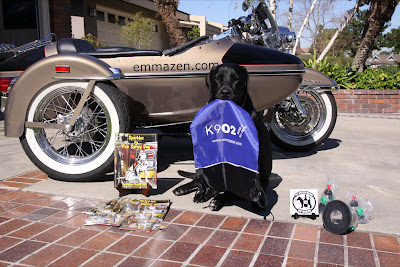 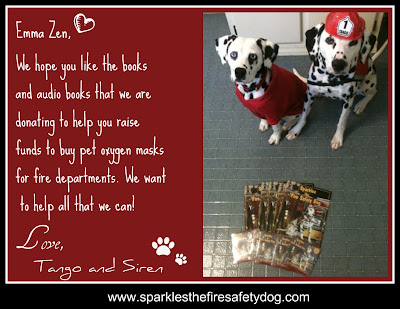 We help out with many causes, including helping Target's Bunker along with Surf Dog Richochet, the Keep Kids Fire Safe Foundation, and supporting the National Fallen Firefighters Foundation.

Posted by Firefighter Dayna Hilton at 12:35 PM No comments: